STOP THE BLEED is a national awareness campaign and call to action launched by the Department of Homeland Security. The goal of STOP THE BLEED is to promote grassroots efforts that encourage bystanders to become trained, equipped, and empowered to help in a bleeding emergency before the professional emergency responders arrive.

No matter how rapid the arrival of professional emergency responders, bystanders will always be first on the scene. A person who is bleeding can die from blood loss within five minutes, making it imperative to know how to quickly stop the blood loss.

Research has shown that bystanders, with little or no medical training, can become heroic lifesavers. Improving public awareness about how to stop severe bleeding and expanding personal and public access to Bleeding Control Kits can be the difference between life and death for an injured person.

Request a Bleeding Control Class at Your Facility

LERN is playing a leading role in the STOP THE BLEED effort across Louisiana.

Learn more about LERN’s efforts using the links below.

For more information on these efforts and how you can get involved in the “Stop the Bleed” campaign, please visit dhs.gov/stopthebleed. The American College of Surgeons Committee on Trauma, a partner in the “Stop the Bleed” campaign, has also developed a series of training resources available online http://www.bleedingcontrol.org/public/resources. 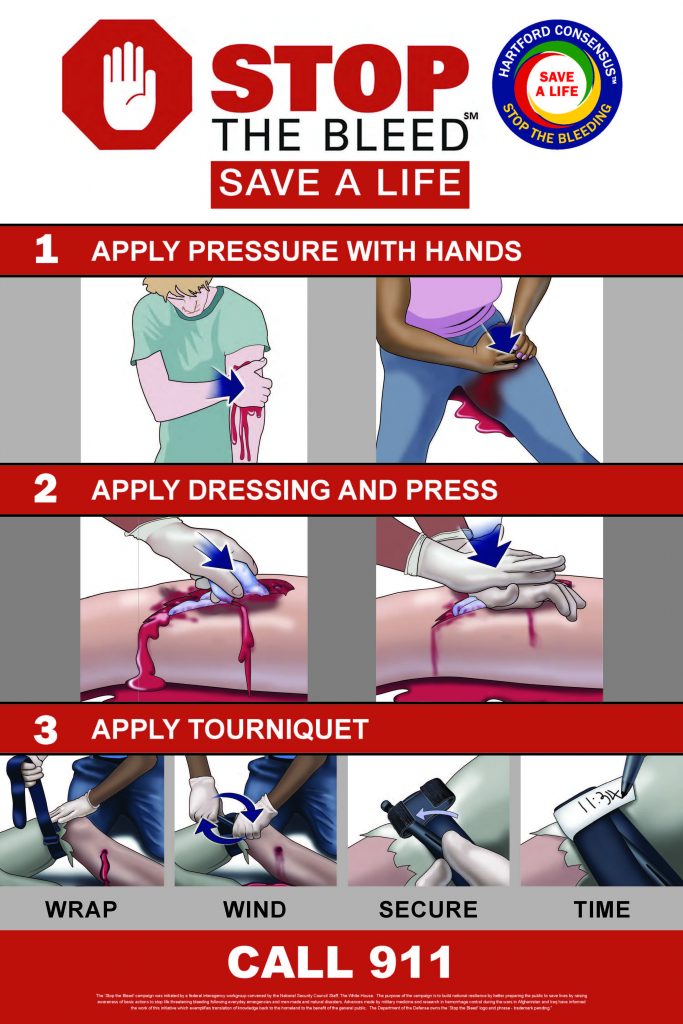